Sessions 32 And 33 – Identical Sessions To All Intents And Purposes….

Monday October 10th, Liz and I set off for a week’s holiday at Haven’s Burnham-On-Sea holiday site on our usual October break albeit being with a difference this year, in that, although we usually visit B-O-S for this break, it has always been to a different site – and, in fact, we only found that Haven had a site there whilst perusing for alternative sites to our usual.

Previously, we have done this break as a ‘Sun newspaper £9.50’ holiday but, seemingly due to the covid outbreak and the increase in ‘staycations’, not only have the number of choices available become limited but also our usual ‘family owned’ site had succumbed to financial pressures and been sold off to a ‘group’ (RoyaleResorts) and also it was no longer a bookable option under the Sun Holidays deal … plus the Sun Holidays system itself has changed dramatically!

Originally, Sun £9.50 Holidays consisted, as the label said, of holidays for £9.50 – all choices being £9.50, albeit it was £9.50 per person with a minimum booking of 4 people in the group … so a 4 person booking cost £38 for each break, and it was the same £38 if a single person or  groups of 2 or 3 booked … but there were in cases, depending on the site operators, possible extra charges for utilities (gas/electric …bed linen/towels if required) or passes into the site’s entertainment venues… but many made no charge and those that did charged only ‘per person’ or ‘per booking’ … so with even these added it wasn’t exorbitant working out around £90 for Liz and myself for a break … and so we usually booked for 2 breaks, a 4-night Monday to Friday one plus the connecting 3-night Friday-Monday one to make up a full week’s 7-nighter working out around £130-£140 … same as 2 nights in a basic hotel really but with facilities to cater for yourself, etc.

BUT 2022 the game changed … there were still £9.50 holidays BUT they were few and far between as the system changed to a ‘graded’ format… two price bands and within each band different sites were different prices … and even then the different dates/weeks were also different prices … so only the least favourable sites on the least favourable dates were as the original £9.50 … and on looking for a new venue to replace our original we found that a comparable alternative would now cost us £300+ under the Sun’s new system!

So Sun Holidays were shown to the trash cart and we started looking directly at operator’s own offerings…. and found this Haven break. A bit more expensive at £219 (but it had been reduced by £130 under a deal anyway) … and when we got there we found we’d received a ‘complimentary random upgrade’ – actually to a superb caravan with even a dishwasher and a 50” TV! 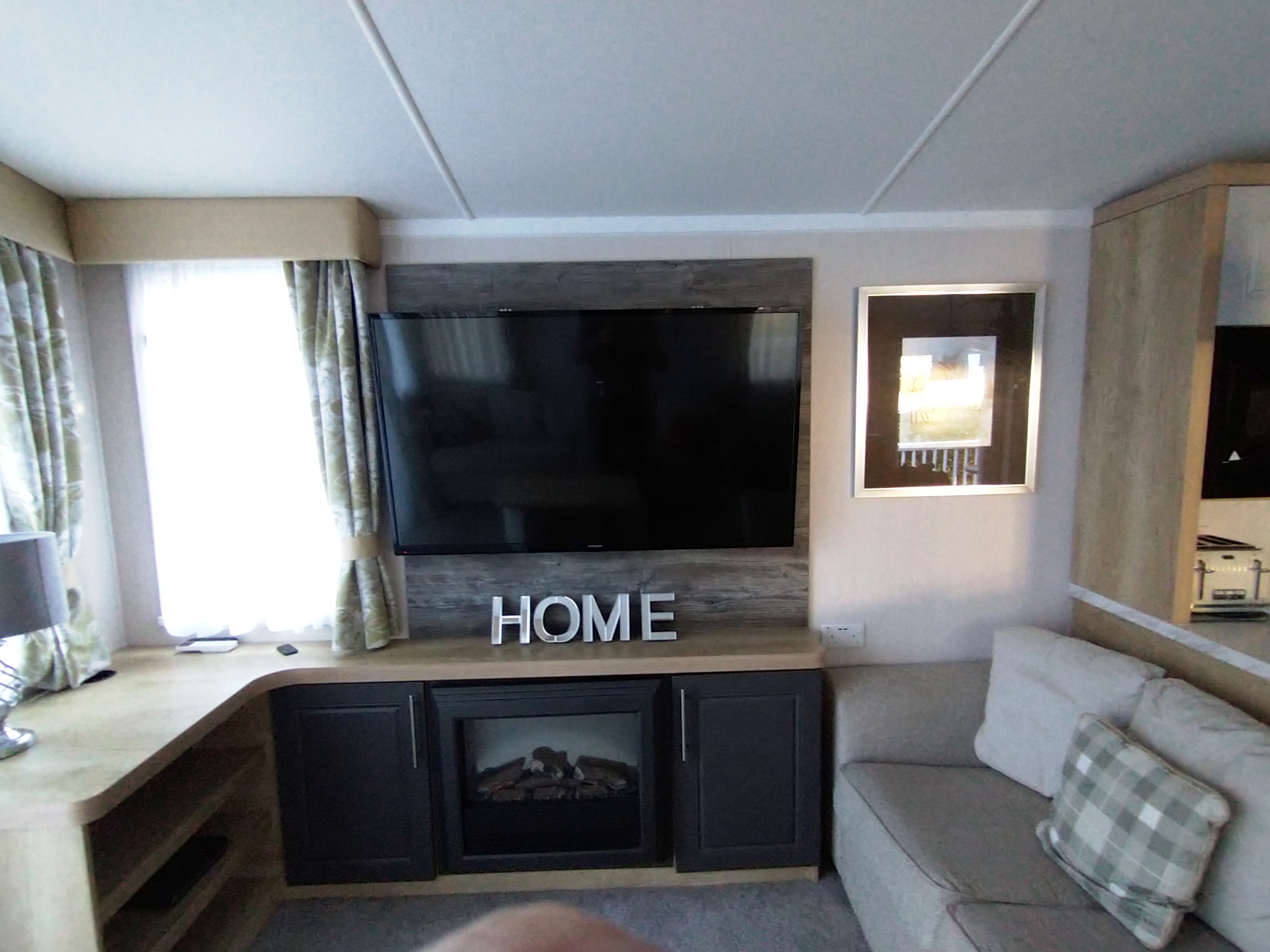 One other bonus – 2 large fishing lakes on site – and were within 200 yards of our van. Our original site had half of a  small pool (other sides backed on to by housing) which was residents only and free to fish but over about 7 years of visiting I think I’d had one pike … the lakes at this Haven were sizeable and good fish were being caught (ref: FB pages and photos) and also there was a tackle shop on site albeit we didn’t make use of it as we had taken all needed tackle and bait with us – and the £7 day ticket was reasonable. There were also options of a 3-day ticket at £17 and a week ticket at £25 but the weather forecast looked a bit dodgy so we paid by the day … a good decision as we fished only on Tuesday 11th and Wednesday 12th as, although weather wasn’t too bad, the tummy wasn’t at its best part of the week and we also had a couple of days out.

SO… the fishing … as I said both days were identical, at least in terms of methods and results (do as you always do and you’ll always get the same result??), the major difference being that on the 11th I fished solo and on the 12th Liz joined me.

We both had plenty of twitches and snatches but few connections probably down to small fish playing with the bait as the catches seemed to back this up … on both days I had one skimmer bream and one small roach, and Liz had one skimmer bream. Not great catches but enjoyable days out and I think it was ‘one/two of those days’ as the day ticket collector commented that it all seemed very quiet with not many fish topping, etc… although one chap on the other pool had had 5 carp with a best one of 16lb.

Anyway, we enjoyed our stay … so much so that on the second day of fishing, sat on the bank, we booked another week’s break there for May 2023! :)

Also we were happy to see that the site also had a ‘Camping and Touring’ area especially, as being just 2 hours away, I could pick up Liz from work at 1100, be there by 1300, and have the tent up by 1330 … and be there until the Tuesday afternoon. HOWEVER, best laid plans of mice and men… when being unable to locate the C&T booking/prices online for 2023 we asked about them at the site’s reception and discovered that the C&T will not be re-opening next year :( :( So we’ll need to find alternative weekend camping … but seen one at a farm near Gloucester that looked good with fishing onsite… Long weekend camping is something we’d said we’d do more of this year having decided that the Shrewsbury Folk Festival is getting too pricey at £400 for us … and that money would easily pay for 6-7 long camping weekends instead..

Well, I need to sort out the gear again, make some changes – and from tomorrow our local forecast is rain every day for the next 10 days so don’t think I need hurry! But as soon as things look better I’ll be looking to get the pike rods out for a session albeit too warm really for piking but have itchy fingers … plus I’d like to have a look at the River Alne which is a small ‘local’ (30 miles?) river, plus a look at a BAA stretch of the Severn that my old fishing buddy (who’s also a BAA bailiff) has suggested to me. So I have things in mind! :)

5 responses to “Sessions 32 And 33 – Identical Sessions To All Intents And Purposes….”