Monday 7th June I took a trip to a club pool (AA-GH). Predominantly a carp pool it does hold a good head of silvers with roach to over 2lb, bream, and more recently perch have been turning up … and it also holds excellent pike and chub although a few years back the club did a ‘tidy up’ and chopped back a lot of overhanging vegetation and having done so and removed the chub’s shelter the chub seemed to have moved on … but where to I don’t know … possibly across to the island but even so even the ‘trimmed’ area does seem to still have more shelter than elsewhere on the pool including that afforded by the island.

As usual, at my 0700 arrival time, I was first there having to unlock the gates to gain access to the pool area and thus my intended swim of the day was free.

The intention was to floatfish (lift method) in the 11 feet of water along the tree lined bank in the hope of getting in contact with the bream or even a chub … and with the warmer brighter weather the carp are now cruising on the top and so fishing floaters for them was, I thought, a good fall back plan and so a bag of Baker’s Meaty Treats were added to the bait bag. I’m not a major fan of carp, probably at the bottom of my desired species usually, but I do enjoy fishing floating baits and to me its virtually the ONLY way to enjoyably catch carp….

A bit of pre-baiting whilst tackling up, tackling up, and I made my first cast at 0815 with the float rod baited with maggot….

An hour later, having had not a touch and with the carp taking my catapulted out dog treats I decided to switch to my floater rod.

FLOATER ROD – 10’/11’ 1.75lb TC ‘Winfield’ Specialist Angler rod (Woolworth’s ca mid 70’s IIRC) set up with 12lb mainline and a size 4 barbless hook. I also carry a ball of wax taken from the coating of cheeses such as BabyBel and the small truckles we have at Xmas – this can be used, if necessary, to wrap like a small sausage around the line – it adds extra weight for casting and is also buoyant  … and I also carry a small jar of Vaseline to grease the line to cause it to float. I would preferably, and did, use 30lb braid for the line at one time but one of my clubs disallows use of braid line (well, the rule actually says ‘no braid mainline’ so I assume that braid is OK as a hooklength otherwise there’d be no need of the qualifier term ‘mainline’?) and so my rod is set up with 12lb mono these days.

So baited up with a Bakers Treat … cast out, and a short while later a common carp is landed after an arm tiring scrap… 13lb 6oz… 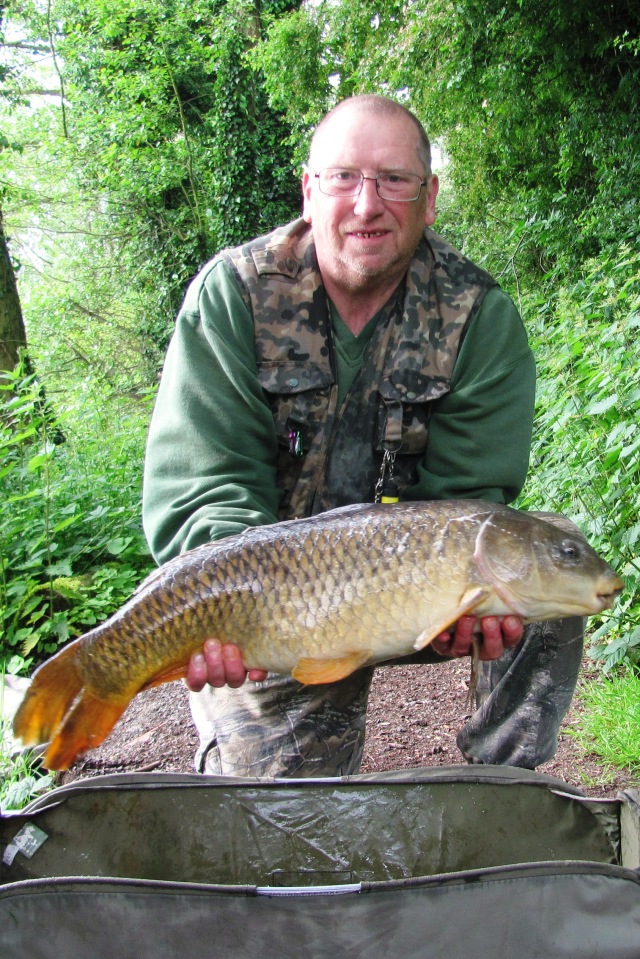 From then on until 1315 I had a quiet period and swapped between the float and the floater rods a few times… never had a touch on the float but a few ‘misses’ on the floaters using Bakers and bread as the bait.

1350 – a good fish is lost after a lengthy battle … getting close to landing when it goes underneath bushes to my right and snags up in old dead branches and twigs underneath and sheds hook – a good weight of of old wood is landed though! 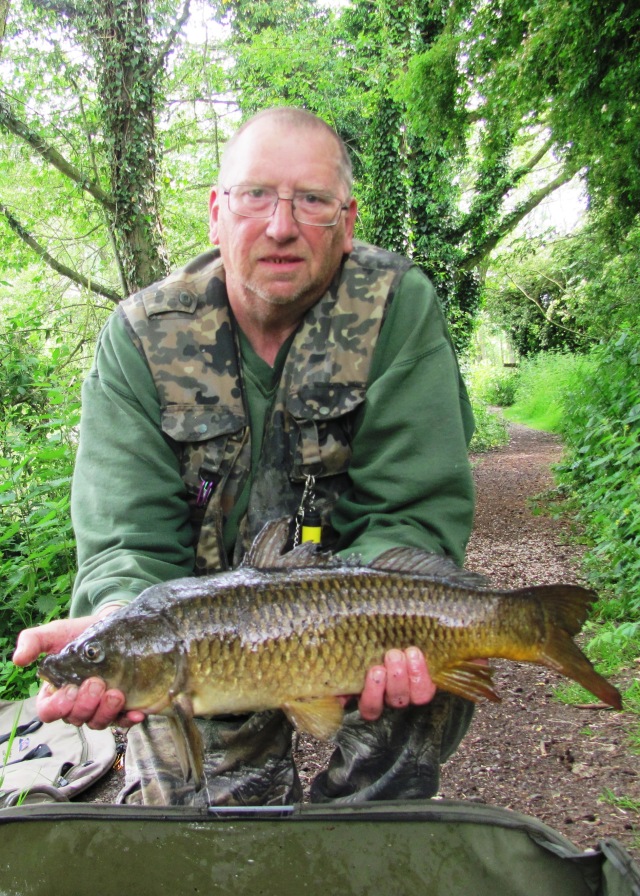 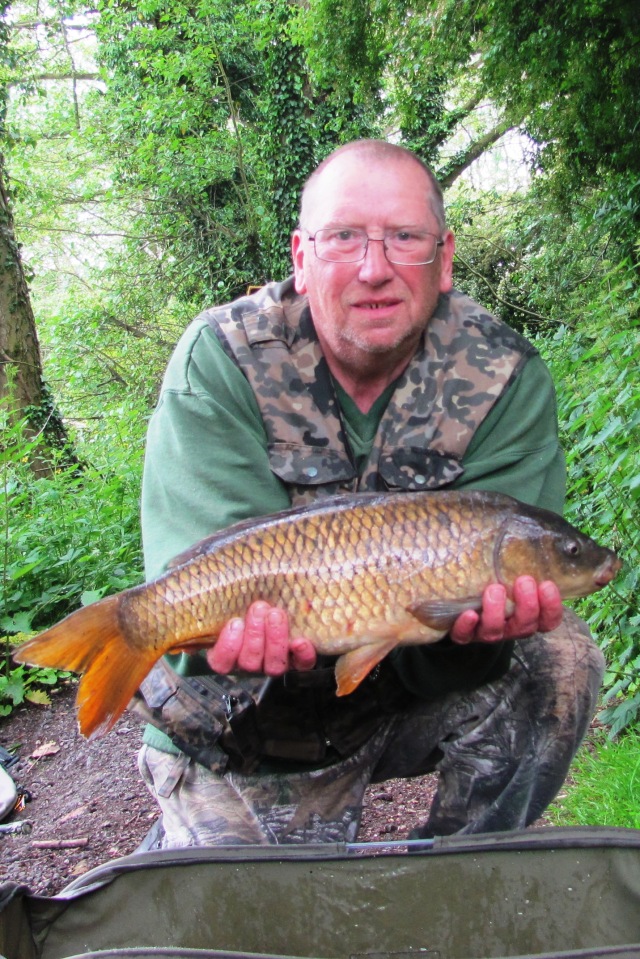 With Liz away currently I had planned to fish Monday, Wednesday and Friday BUT I was so worn out last night – I even went to bed at 2100 – I have decided to just do my usual two days – Monday and Thursday.

So Thursday – not sure about the venue, I had thought about the BAA’s Nordley Pools as one of my original three so that will still be a contender – but there’s also the pull of the bream/tench pool and another too which I visited a short time ago but had to leave early……