Monday, 6th January 2020, saw Liz and myself setting off for our first angling trip out in 2020 … much looked forward to by myself certainly as I’d not fished since September for health reasons previously given in earlier posts.

Our destination for the day (well, the day actually consisted of about 2.5 hours of actual fishing) was a large 100 acre reservoir in Shropshire that is on one of my club cards and our intended quarry was to be Esox Lucius – the pike! Well, what else was it going to be at this time of the year? 🙂

The weather was not the best that could have been hoped for – 7.5’C on the car’s temp gauge on the trip over – water temp not taken as I’d forgotten to pack my thermometer. And the wind was blowing hard into our faces too and even on a hot midsummer’s day on this venue you get quite cold as the breeze is cooled as it passes over the water…. and there was a good chop on the water with waves approaching 18” high at times….

Even the geese flying over the water were travelling at 45’ to their actual facings!

We fished static ledgered deadbaits – Liz one rod with a sardine bait and myself two rods, one with sardine and the other a smelt. Liz’s rod was her 11’ 2.75lb TC Ron Thompson pike rod, whilst my rods were both ones I homemade back in the 80’s from 11’ 2.75lb TC North Western blanks. We both had 3oz leads on but even that made little headway on the casts with about 20 yards the greatest distance attainable.

First casts were made at around 1030 and by 1300 neither of us had not so much of a sniff of any interest from the pike and so decided at that point that the allure of a beer with a bowl of hot gray paes and bercon bits (grey peas and bacon, to those from outside the Black Country) was too great to resist and so we packed in and headed back home to a local.

As mentioned in my previous posting I did take my newly acquired spectacle mounted HD action cam…. 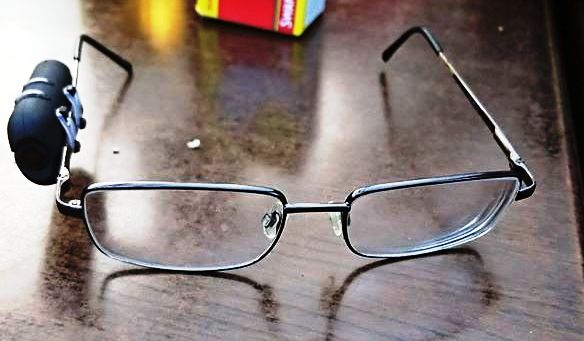 … however, I think I need to RTFM again as they say, as I ended with a blank memory card when I plugged it into the PC to transfer the footage. As you, obviously, can’t see the lights that indicate ‘standby’and ‘recording’ the camera passes that info out as a series of vibration patterns – and I think I got them mixed up! DOH!! Oh well, another try when I venture out again on Thursday to a different venue all being well.

Another 2 things as well…

As we’d not used our kit for a while I reminded Liz to check her batteries in her walkie talkie, bite alarms, etc BUT then failed to do the same with my own equipment – and discovered my bite alarm batteries were dead…..

And on Sunday night, as I loaded the barrow into the car ready for the off on the following morning, I noticed the wheel’s tyre was flat – no problem, connected up the air pump, inflated it to 30lb PSI per usual and all seemed fine. However, on arrival, the tyre was flat again :(. Just been on eBay now and bought two new complete wheel/tyres – not much dearer than buying a tyre and inner tube and can just slip on a new wheel saving the hassle of battling with tyre levers, etc… So one wheel on, one for spare – and I might have a look at the original and see if I can do a puncture repair when I have a spare minute or two. HOWEVER, the new wheels are unlikely to arrive before I head out again on Thursday – and I’ve checked wheels on my wheelbarrow and a trolley I have and none of those fit the barrow – so looks like several journeys to and from the car to unload and reload on that trip.