As planned, on Friday 26th October, I visited a club pool (Pike Water 17) intending to do a spot of live baiting for pike.

With the current dark mornings I set off at 0715 to arrive at the pool at 0800 and, as I needed to catch bait first, I took my coarse float rod plus my two pike rods and also a rod for my WaterWolf underwater camera – and in case of being unable to catch any live bait I also packed some sardines, sprats and capelin to use as dead baits.

After setting up all the rods and prepping unhooking mats, rod pods, etc I eventually started on my live bait gathering campaign casting in at 0900 using twin maggots on a size 16 hook …. and what a task it was! Three hours later I’d gathered six baits – two being around my preferred size of around 3oz and the other four being smaller. I lost a few to hook sheds on the retrieve but I also had a 2lb 6oz common carp and a perch of around 6oz… 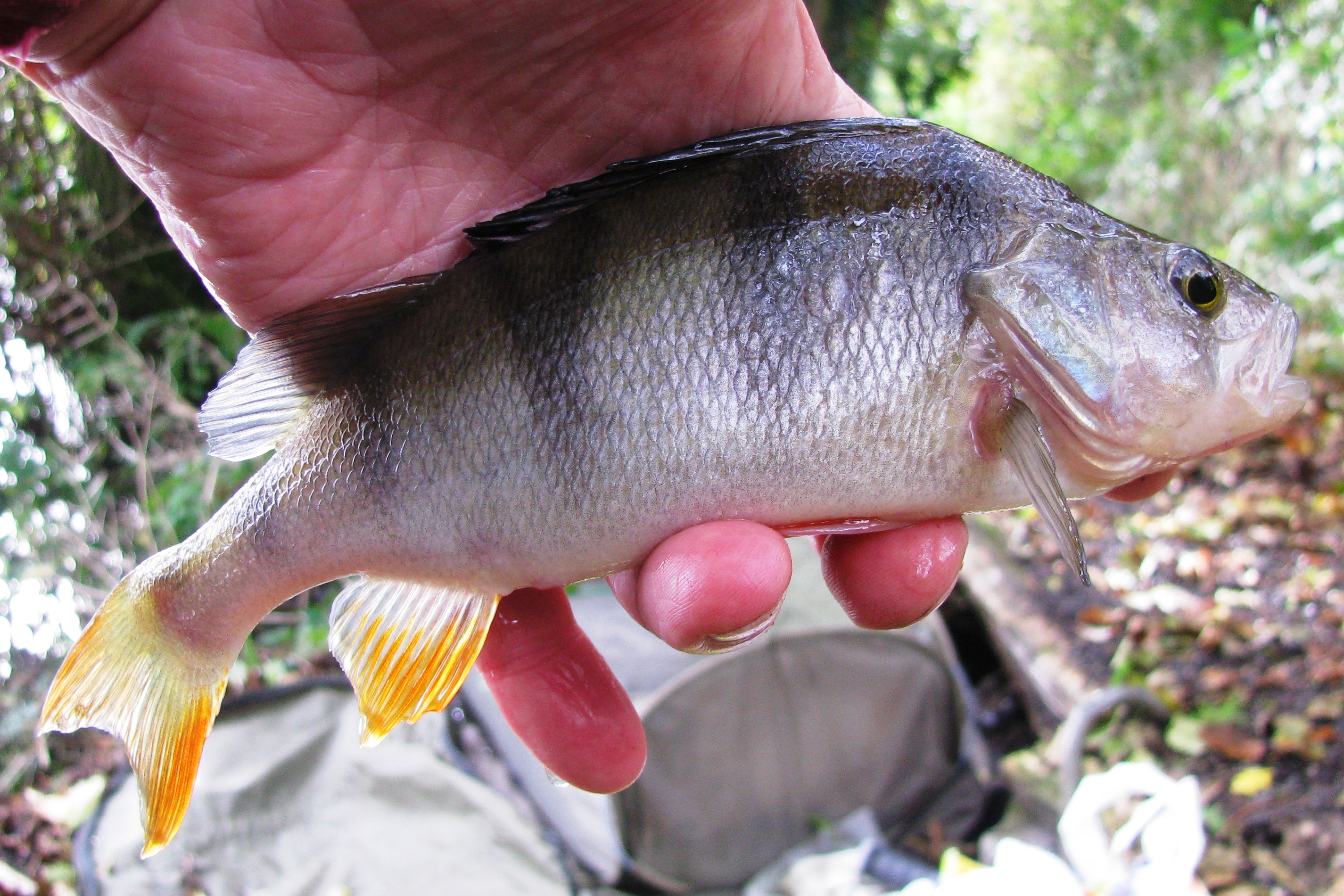 … which was a bit of a turn up for the books as its only the second perch I’ve seen in this pool in the seven years I’ve fished it … and Liz and I use maggots and worms every trip there at some of the time at least. The only other perch I’ve seen was about a year ago IIRC when on pulling my landing out to dry at the end of a session I found a tiny, minnow sized, perch in it. I’ve heard of several 3lb perch being caught there though but as its always caught in the same swim I think its safe to assume its the same fish being caught and re-caught….

Weather during that spell had been mixed from bright and sunny to cold and wet as an occasional large black cloud passed through – and the ‘cold’ was decidedly cold, finger numbing and cold enough to make the reel fittings uncomfortably cold to hold but it was quite warm and mild in the sunny periods.

Anyway, at 1200 I baited up the two pike rods with the best two livebaits and put them out to fish. However 15 minutes later the sky went exceedingly grey, the wind picked up and the air temperature plummeted and rain, soon turning to hail, started to fall – and the incoming weather was even greyer … and at 1300, not having had a touch and with fingers numb despite wearing thermal fleece mittens I decided to call it a day… and had an enjoyable 30 minutes tackling down in this wonderful weather… NOT!  The two bait fish were returned to the water and both swam away strongly as did the unused four.