Well, I’ll start with that night out – a social evening organised by one of my clubs on the evening of Friday 19th October which included a presentation by Dr Paul Garner which was done in two parts. The first part of around an hour, a little longer if you include a Q&A period at the end, was concerned with underwater videos and the how-to’s involved. This was followed by a short beer top-up/loo/smoke break before the second part of the evening in which Paul delved into the area of predator fishing, again an hour plus session. All very enjoyable and well worth the £5 entry fee! Good beer on too – a Xmas special Wychwood ‘Hobgoblin Ruby Ale’, very nice! On entry all received a free 18g pike float too… The evening also included entry to an optional raffle – £1 a ticket (I had 10!) – for which the prizes had been generously provided by Preston Innovations/Korum – and I won 2 prizes – a carrier bag of goodies inc lead clips, pre-made hair rigs, feeders, a groundbait catapult plus others and also a bag of Sonubaits pellets. As I say, a great night … but could have been better attended to be honest with only about 25-30 people attending, and I felt sympathy for the organisers and for the guest speaker after all the efforts they had gone to to make the night happen. I even posted the event around to my other club, etc to try to get numbers up leading to the night but not even that had much effect. An upside was though the people who attended had a greater chance of winning in the raffle and one guy must have had 6 or more winning tickets! Also not the worst attended event I’ve been to – many years ago I used to frequent, with a friend, a folk club advertised as ‘the smallest folk club in the world’ held in a small back room of a pub… and one night we went to see one of our favourite acts at the time … and the total number of attenders in the room consisted of friend and his dog, me, the artist, the two people who ran the club and a woman who left after half an hour … needless to say that was the last night that that folk club ran.

So, we’ll move on to the fishing now….

Monday, 22nd October, Liz and I partook in a short lure session on a new water to us, a 100 acre reservoir (Pike Water 20), to which our club has shared fishing rights along with the angling club formed by of the owning water authority’s staff…. A first visit for us as I said so as much a ‘reccie’ as a session and we liked what we saw!

We arrived late’ish in the day – probably around 1115 or so – due to (a) having had a doctor’s appointment earlier it was a case of then returning home to change into the fishing clothes, load the car (just a rucksack with lures, traces, etc, the bundle of 3 rods + landing net, and a bag with the flasks of coffee) and then a pre-departure mug of coffee and (b) having to drive to, and find, the location which actually was pretty straightforward with the SatNav….

On arrival at the water we parked on the defined angler’s car park, used the loo (as the reservoir is for domestic water supply, ablutions on and around the bank are BANNED and a sophisticated CCTV system is in use all around the water to monitor and so the club refurbished a disused toilet building for club members use), before walking to the start of the fishing area – which covers around 1000 metres on the near bank and 1350 metres on the far bank with and access to, or fishing from,  the two dam walls at either end being prohibited. At the start of the near bank fishing there are 40 permanent pegs that are used for matches run by the water authority’s angling club and are unavailable to my club on the day of a match or the previous overnight in the case of night fishing – however, fishing the water is allowed on match days from beyond peg 40 or anywhere on the far bank.

There were two anglers already on the water when we arrived within the first few pegs – one guy was deadbaiting for pike but hadn’t had a single touch since he’d arrived at 0800 he said, and the other guy was bream fishing with the same results. So, Liz and I set up for our first casts somewhere around peg 8 or 9 …. Liz with her ‘magic’ spinner as described in a previous posting on a 9’ 30g-80g rated lure rod with 30lb braid and myself with a ‘new’ setup which consisted of a single piece 7’ 80g-140g rated baitcasting rod fitted with a new baitcasting multiplier reel with Savage Gear 3D Pike (30cm) and Curly Tail Eel (30cm) lures. 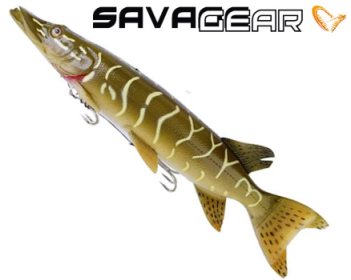 I had a few problems with the line laying mechanism on the reel to start with (damn, £12 reels from China!! LOL) but a quick tweak soon rectified the problem and all was perfect – and no major bird’s nests all session …..

So, we had about 30-45 minutes casting around our swim, followed by a coffee from the flasks and a short chat with the deadbaiter who popped down to see how we were doing…. and then we moved on further to another likely looking peg around halfway along the pegged section and had another 30-45 minutes of casting there – and Liz’s spinner worked its ‘magic’ again and a 6lb 14oz pike was landed – a pike that equalled her Personal Best…..

We packed up and walked back to the car at 1400 – the deadbaiter had left and the bream fisher was still having no joy….

We left the reservoir and decided to drive to look at a club section of the River Severn, that we’d also not visited before, as it was enroute home – and as it was on the banks of a pub we also had to test out their ale and nuts – both passed the test! We walked a section of the river and it looked a nice stretch so, like the reservoir, its marked down for a return in the future….

As we were ‘roving’ no water temps were taken this trip….

Friday, 26th October, I’m intending to go pike fishing on a club pool on my own as Liz is at work as is usual on Fridays and Monday 29th October both Liz and I hopefully will be heading to the Warks Avon, for probably our last trip of 2018 over there, looking for a few bream before the winter weather arrives.