Session 42 – Five Species, A Nice Perch And An ‘Eyeless In Gaza’ Track…

Monday, September 17th I was on my planned trip to the club stretch of the Shropshire Union Canal (AA-SU/WA) and, as usual, I was the only one there – fishing anyway, a few dog walkers, ramblers … and an armada of boats (10-12 boats passed by between 1100-1200) were the only signs of other human life there. 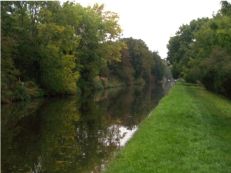 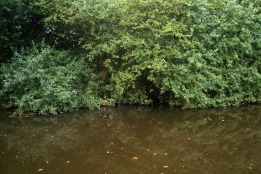 Pic 1 shows the canal ‘upstream’ of my position – the ‘downstream’ view was corrupted – and Pic 2 shows the far bank area of my swim. A couple of things are not evident from the photos – (a) there was a fair bit of flow on the water even on arrival at 0700 before the boat traffic started (first boat of the day passed around 0830) – possibly a leaking lock gate up stream? And (b) the surface was already getting covered in leaves – usually its mid-October or so before the trees along the stretch start shedding but it seems the long hot summer that suddenly ended and the temps turned chilly has kicked off the trees’ hormones early… Luckily there are no willow trees along this stretch as I find, as I’ve said before, willow leaves falling in the water are not conducive to good fishing … my reckoning is that willow leaves are a source of natural aspirin and were, in fact, chewed as painkillers in days gone by … and the aspirin leaching into the water sickens it … so in summer willows are good providing shade and cover underneath but in winter the fallen leaves are not good and the areas are best avoided.

OK then … the fishing … I started off casting at around 0730 fishing the centre channel and about 3/4 the way over with the almost the same set-up as I used of my Staffs-Worcs Canal trip on September 6th (Session 40) – 10’ float rod, 6lb line, small onion float set to trip along the bottom with the flow and a size 16 hook baited with double maggot (red/red, white/white, and red/white) and first fish came to the bank within 10 minutes – a 6oz bream… and then over the next hour and a half this was joined by 8 perch (1oz-10oz), a small roach, 2 gudgeon …. and then a surprise fish, a daddy ruffe, which I wasn’t expecting at all! 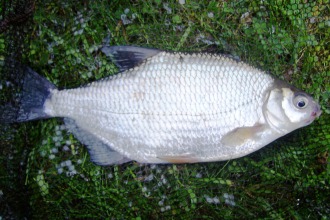 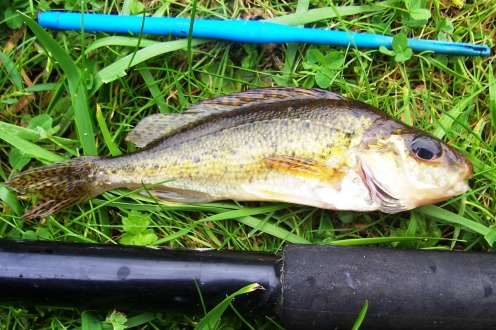 And then – a really nice perch came to the bank – and this is where the ‘Eyeless In Gaza’ track comes in. One of the tracks on one of their albums (‘Caught In Flux’) is called ‘Scale Amiss’ … and my scales were amiss in that I’d forgotten how to use them! They are scales that I carry in my canal ‘seatbox’ – a small lightweight digital set – and thus had not been used for a while – and I’d forgotten how to set the units to weigh in (lb or g or Kg) – and I couldn’t get any reading despite trying a succession of varying button clicks and so I elected to photo alongside a tape measure I carry in my box and try to locate a ‘length to weight’ conversion table on the ‘net rather than unduly mess about and stress the fish. 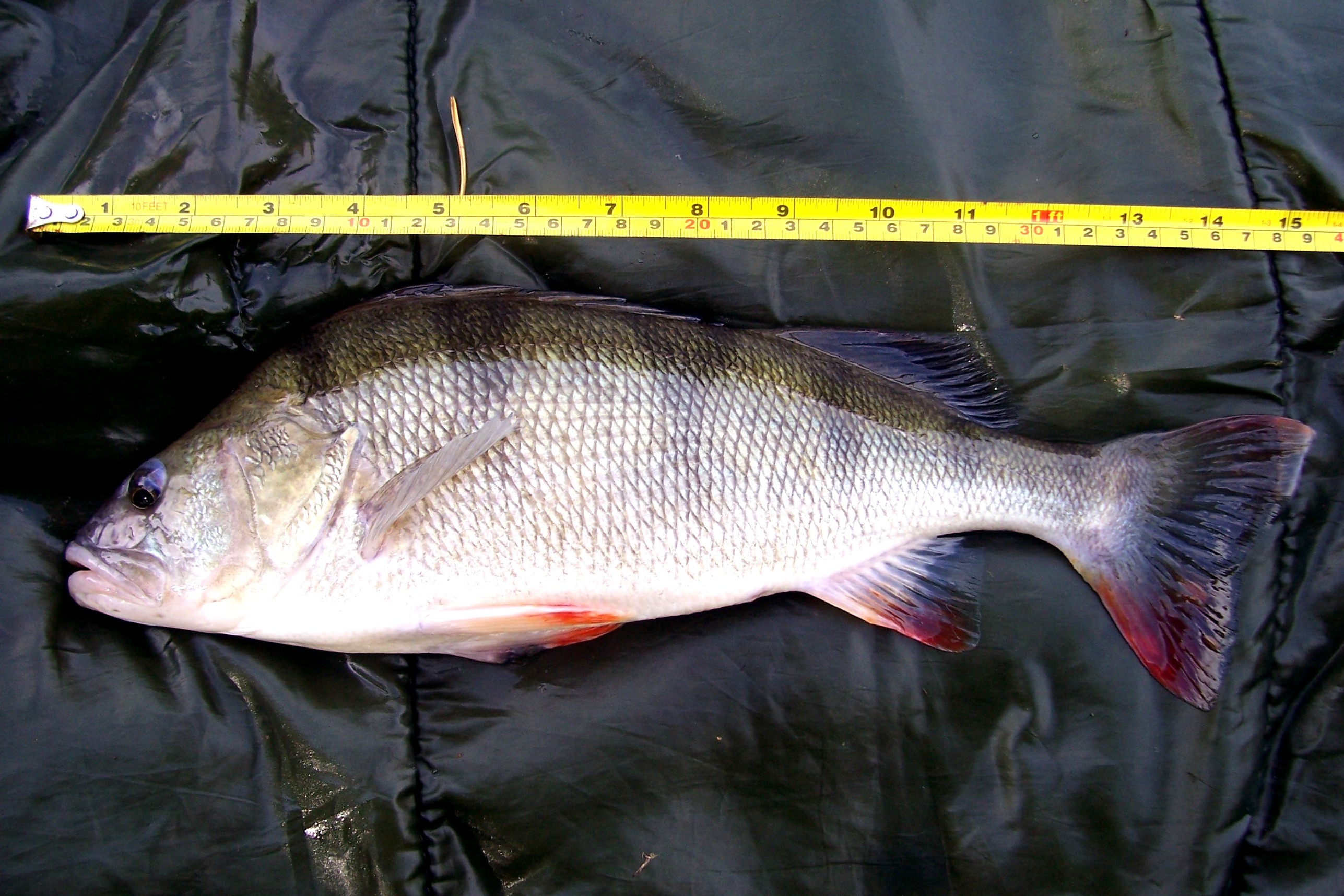 Thing is that, whilst fishing later, I fiddled with those scales and discovered the secret of their operation! Oh well, I’ll just have to go back some time and re-catch it won’t I? LOL!

Anyway, at this point a few boats had passed and with the opening/closing of the lock gates the flow was getting a bit much for float fishing and so I switched to a light ledger system with my 8’ quiver tip rod – 4lb line – size 12 hook, worm baited (prawn tried later but not a touch) and a 1/2oz ‘penny’ lead which was cast close to the overhanging vegetation… over the previous time I’d been feeding this area as well as the area I was float fishing with hemp, corn, rice and dead maggot. And with this change I had a further bream (4oz),  and 6 more perch to around 12oz.

So, a good half day’s fishing as at noon due to the increasing boat traffic I called it a day and headed home. The one disappointment being that none of the expected chub succumbed to my charms LOL!

Well, that’s my fishing, freshwater anyway, now until 1st October as we are away in Porthcawl from Friday 21st of this month but we’re hoping to get some lines in the water from Porthcawl Pier in the interim…. and on our return we’ll probably have a day’s lure fishing for pike.

WATER TEMPS … sadly I forgot to pack the thermometer!

9 responses to “Session 42 – Five Species, A Nice Perch And An ‘Eyeless In Gaza’ Track…”