Session 54 – And The Pike Continue To Taunt…

Friday 20th October I headed off to Pike Water 17 with the view to engaging with some of its pike.

I decided to use live bait and so to comply with the laws of the land regarding the transfer of live fish between waters this meant that the bait fish had to be caught in the water to be fished – and to comply with club rules that fish dead or alive are not allowed to be removed from the waters this also meant that the bait had to be caught on the day of use.

So I arrived at the water’s edge at around 0730 and after preliminaries of putting some maggots and a small amount of cereal bait out into the intended swim – both to attract the small silvers to be caught for bait but also for the silvers themselves to hopefully be an attraction the pike – and setting up nets and the ‘station’ in general, I set up my coarse float rod for obtaining my bait and also my 2 pike float fishing rods ready for use later.

Having obtained a sufficient quantity of silvers I switched over to my pike rods. Both rods were fitted with greased 40lb Spectra/Dyneema braid, on which 18” wire traces fitted with a single size 2 hook on to which the bait fish was lip hooked and with a double hook consisting of a size 12 hook whipped to the back of a size 2, the size 12 being placed just under the bait’s dorsal fin. Small pencil type floats acted as the indicator and also to set the depth that the baits were fished at.

And so, for 2-3 hours I fished the rods at various depths, various distances, and various areas to the left and right and not a touch – so I decided I’d wind them in and have a play with my Deeper Sonic depth/fish finder and have a few casts around the area and then to go back to the coarse rod for a while… which I did… and returned the used and unused bait fish back to the pool…. and tackled down and put away the pike rods.

Anyway… I *JUST* knew it would happen….

First cast with the maggot rod … a small silver comes to hand … I unhook it and drop it in the water … 1 second later, big splash and swirl as it’s taken by a pike! So I quickly whip the sonar device off the heavy spinning rod I use for it and replace it with a wire spinning trace and a plug and cast up and down the bank edge – depth of water at your feet here is around 3’6” to 4’. But after 15 mins or so nothing was forthcoming so I went back to the maggot rod…. a few more small silvers … a better fish throws the hook … a 3lb 9oz mirror carp is landed…

… and a few more small silvers … and pop one back in the water …. SPLASH AND SWIRL!

So out with the lure again … nothing … change lure to a wobbled horse mackerel on single/double hooked trace … still nothing … so just drop close to the edge to fish itself as a static deadbait whilst fishing on with the maggot rod for a few more small silvers and another good fish that pops the hookhold… then I cast out and catch the bush alongside and have to snap off (did get float and all the end gear back though after using weedcutter-on-a-rope to snag it and get it back)… but by now its about 30 mins to packing in time and not worth re-tackling the rod up so I tackle it down and pack it up and spend a bit of time with the ‘wobble’ rod …. and I do actually get a take but the hook fails to find a hold and the pike is lost … a few more casts elicit no further action and time comes to tackle down….

Yep, I think the pike in this water like to make fun of me! A couple of seasons or so, same water and actually in the  same swim, I was pike fishing and a couple of pike swimming together would pass me by every half hour or so – but wouldn’t take a bait whatever I did – and even on one pass they stopped about 6” from the bait as if considering it for a few seconds and then turned towards me whilst lifting their heads and looking as if to say “REALLY!!? YOU EXPECT US TO FALL FOR THAT? REALLLLYYYY????” and then later as they passed again one grabbed the tail of the other as they passed as if it was saying “LOOK I’VE CAUGHT HER!”. Yep, got no respect for me have the pike in this water… LOL! 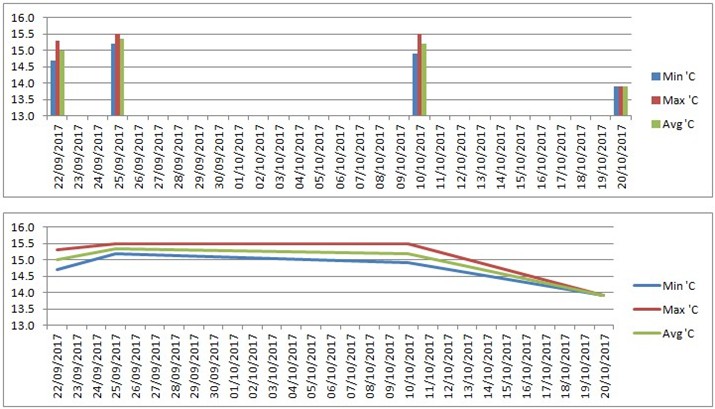 2 responses to “Session 54 – And The Pike Continue To Taunt…”