Session 31 – A Slow Day – Carp Where Not Wanted – Aerating & Feeding – and Scale Amiss.

Tuesday, 7th June, at 0645 finds me just arrived at the water’s edge of one of my clubs’s mixed but non-carp water (B) hoping to ‘play’ with a few tench. The last two visits to this particular water were not at all successful with not a single nibble on either visit. But that’s the norm for this water – when the temps start to drop around November the activity from all species drops  to virtually nothing and it seems that the pool is devoid of any fish life at all – and then just as suddenly, around mid June, it bursts back into life and  your next fish could be a crucian, barbel, bream, tench (inc golden tench), gudgeon, eels, and whatever else you can imagine at times… 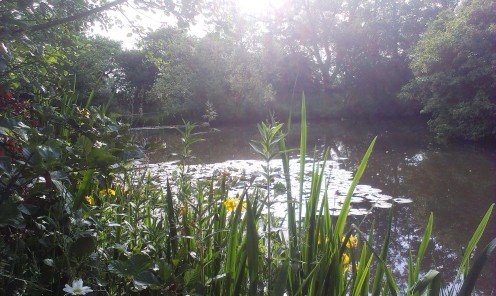 So first cast with the double maggot on size 16 hook baited and fished ‘lift method’ float rod was made at 0725 after feeding the swim with mixed particles and maggot before tackling and setting up the ‘station’… and at 0755 the first fish of the day came to hand, a 2oz perch. A change to worm on a size 12 at 0810 saw a small chub of about 4oz landed… and then changes of bait between worm and maggot and hooks between 12s and 16s saw a few dropped ‘sprats’ and another perch of around 2-3oz landed at 1050. At this point I switched to a ‘on the drop’ waggler style approach and at 1110 I had my first, and only, proper fish of the day, a tench estimated to have been between 3lb 8oz and 3lb 12oz. Estimated only as I discovered that my scales were not working – well, the scales are only supposed to read to 50lb but at times showed 67lb and 77lb when they actually decided to show a figure, so I reckon they were not in the right! Don’t know what’s up with them – they’re currently opened up on the bedroom windows sill to dry out any moisture that may be the cause but there’s only a stress gauge to which the hook is attached and wires to the display – all the circuitry seems well sealed too. Will have to wait to see if the drying out has any effect… 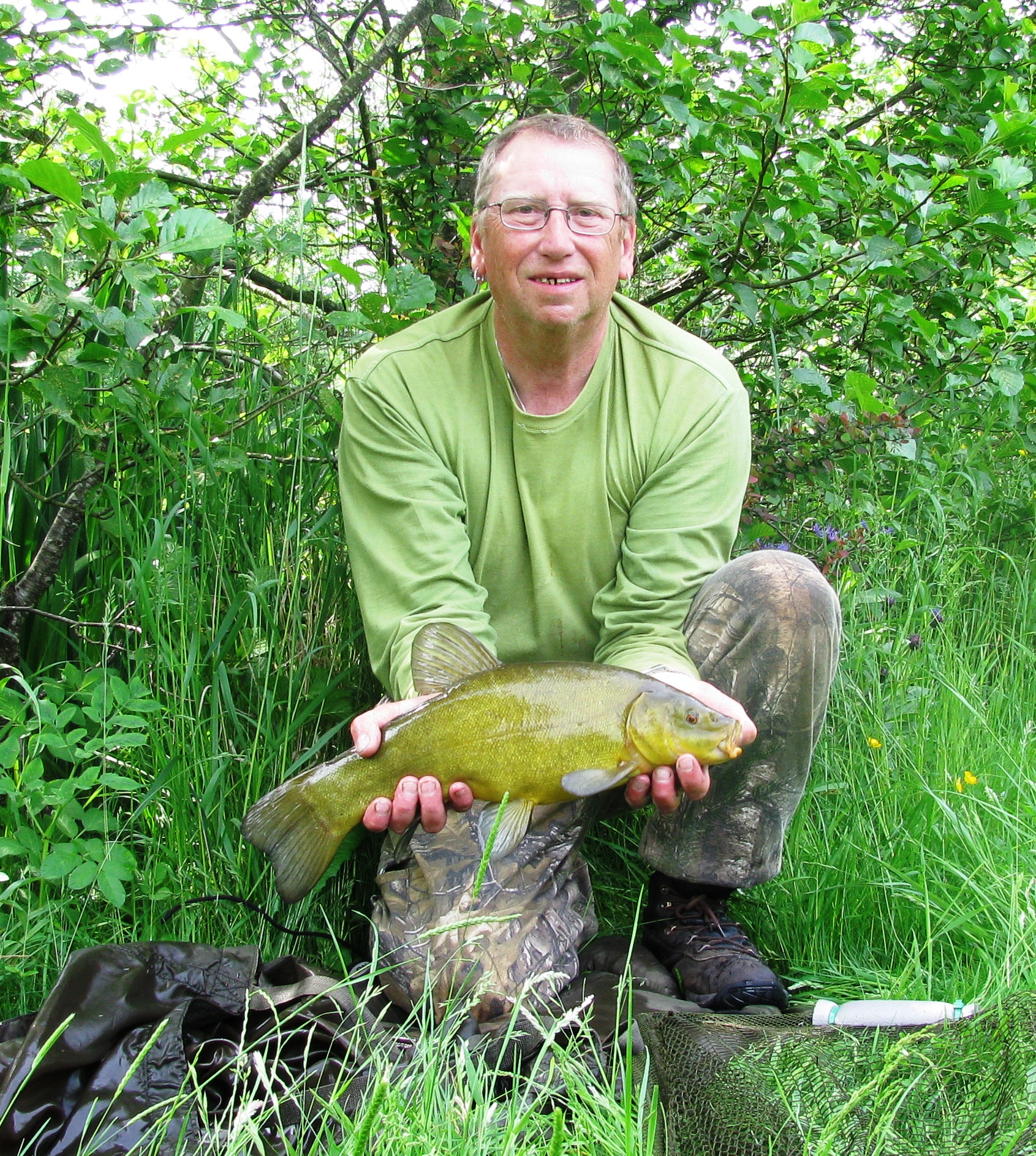 Anyway, post-tench I had one more small perch pop the hook and then one more tiny (<1oz) perch come to hand at 1230 – and after that not a single twitch or nudge of the float… and so at 1400 I packed up the tackle to come home and look to see if I could fix the scales, etc.

Whilst there I spotted several carp in the what should be  be carp-free water – 8 carp passed me by during the day, of which 3 were certainly different fish as one was around 2lb – the others were in the 3-4lb bracket and as one pair passed me together that was definitely two unique fish – possibly the others could be just re-spots of the same fish… Anyway, for them to be there then someone must have placed them in there from the adjoining carp-only pool :( Stupid as it will now cost the club quite a bit of money to get the pool netted and the fish returned to the carp water – and selfish as all the other club’s waters contain carp so carpers have plenty of choice whereas this pool is the only carp free water were people, like myself, who are not great carp lovers and enjoy fishing for more worthy species can go to enjoy our fishing without being pestered by the ‘pigs’… and as I say the carp water these originated from is less than 10 yards away anyway!

Also, last year, the club installed 2 artificial scaffold&plank islands in this pool. The two main reasons being to give the fish a haven from the cormorants (netting drapes over the islands and and down into the water and that allows the fish to enter and shelter but not the cormorants) and the other reason was to house a solar panel panelled aeration system to try to keep oxygen levels up in the  hot summers. On my previous visits the aeration system had not been set up up but I noted today that it is now up and running – and also there seems to be a pellet feeder, similar to the one already installed on the adjoining carp pool, that will automatically put feed into the water over the winter when the number of anglers drops and so the amount of feed being put in by them drops. 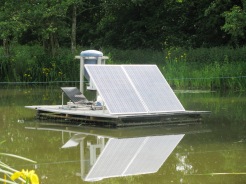 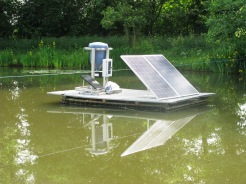 The pool, a long narrow shape, already has a cormorant deterrent system in situ too… a series of ropes that stretch across the narrow part of the pool between the swims on each bank about 3′ above the water surface – the purpose being that cormorants require a long ‘run’ to take off from water and the ropes prevents them having this available… you can just about make out one of the blue ropes just beyond the island.