So I arrived at the water, and as I was the only one there I got my desired swim, at 0700. Prelims completed I made my first casts with the two ledgering rods at 0745. Both rods had 8lb mainline with 6″ of 8lb braid hooklength and a 2/3oz ledger weight.. The hooks were a size 16 with worm/maggot bait on one rod and a size 6 with bread on the other rod. The bread baited rod was set though the bait remained buoyant and the ledger weight stopped so that the bait was suspended about 6″-9″ from the bottom when in position.

On arrival there was a lot of surface activity by the carp and, in fact, there was a carp of around 6lb-7lb that I was feeding bread to by my feet in margins but at that point of the day I was not interested in them – as I said, I was more interested in chub in particular.

So first proper bite came at 0900 on the bread rod but unfortunately the carp (that what it felt like) gained the sanctuary of overhanging bushes and wrapped the line and I had to pull for a break and re-tackle. 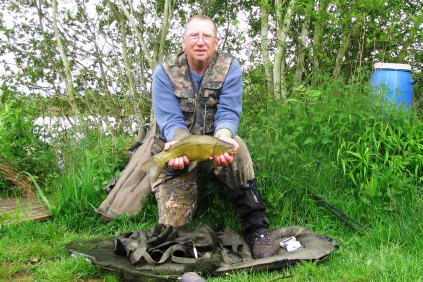 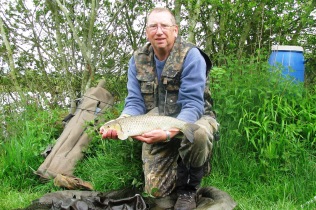 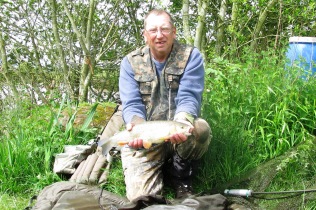 After 1130 the swim died with little action on the rods and so I elected to wind those in and get out the ‘floater’ rod around 1315 – and at 1320 I made a miscast as the line caught around the reel handle and the fist sized lump of bread splashed down about 3′ from the bank – and I was surprised to find a gudgeon fairly hooked inside the mouth by my size 6! LOL! 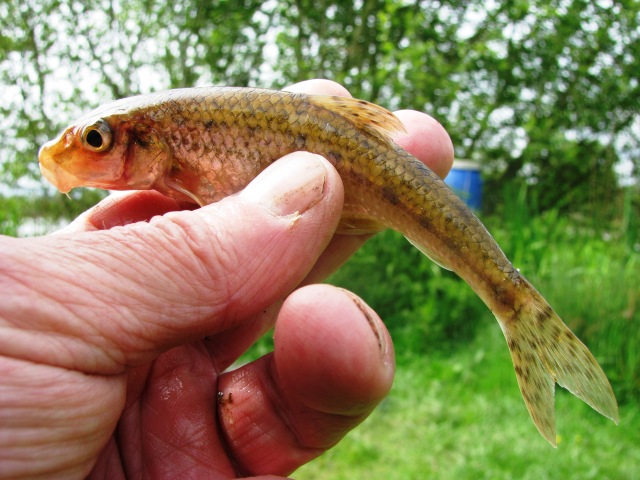 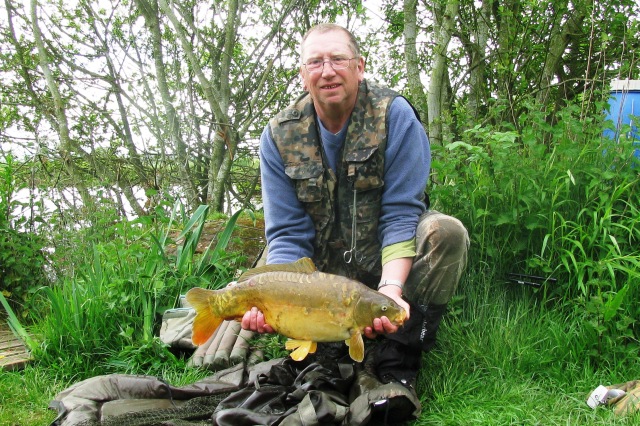