Tuesday 16th May saw me heading out for what was intended to be a day of tench/perch/silvers fishing but ended up as a day of carping.

The destination venue actually has two pools – one (B) which is ‘king’ carp free but holds a mixed range of other species including tench, crucian carp, chub, bream, barbel, perch, roach and rudd, and the other (O) contains only ‘king’ carp and chub (supposedly but as the two pools are only 5 yards apart at one point and there is pipe that connects both pools, fry can at times get through the grids at the pipe ends). Water enters the silvers pool from a brook at one end, exits through the pipe into the carp pool, and then exits that pool back into the brook lower down…

So arriving at the silvers pool at 0730 I went through the usual preliminaries before casting out my float tackle (laying-on) into the swim at around 0815. I fished worm and maggot on a size 16 hook and free fed frequent but small quantities of maggot and particles. However, by 1130 I had had not one indication of any sort of interest whatsoever and so I decided to pack my tackle into the car and drive back up to the carp pool and try for a few chub.

On arrival on the carp pool there was already another angler in the near bank swim that I’d intended to fish and so I set up on the far bank and catapulted out maggot/particle feed whilst I reset the float tackle to depth and started to fish. However, another two hours passed without any result and I decided to try for a carp or two and set up my floating bait rod – 1.75lb TC, 30lb greased braid mainline to a size 6 hook and also a small cork ball to aid keeping the line afloat plus to act as a visual indicator and a small swivel with clip link for connecting a floating weight (eg bubble float) when needing to cast beyond distance that the bait itself would allow.

So the change quickly brought a result with the capture of 3lb 8oz common carp and later a 8lb 13oz mirror carp both taken on floating bread crust. 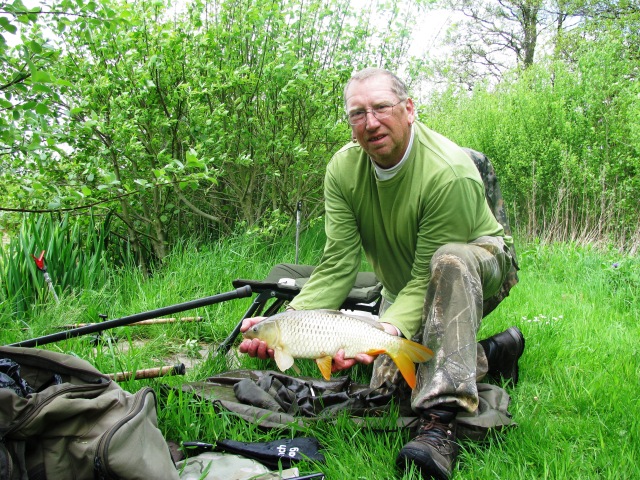 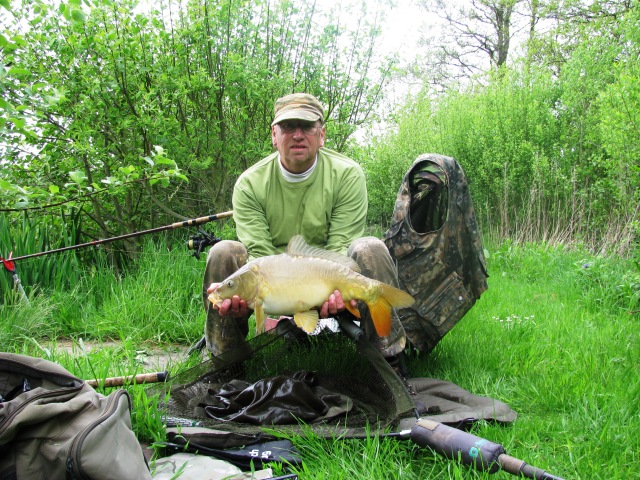