Tuesday 1st September saw me heading off to a mixed fishery (VV)… and indeed not the pool I’d intended to fish the day before due to weather conditions and the forecast weather for the day itself. The original venue tends to be muddy normally and after heavy rain on the previous day. And the forecast (wrongly as it happened as it turned out to be a really beautiful day) for more of the same wasn’t the best scenario imaginable due to swim locations and setting up brollies, etc. 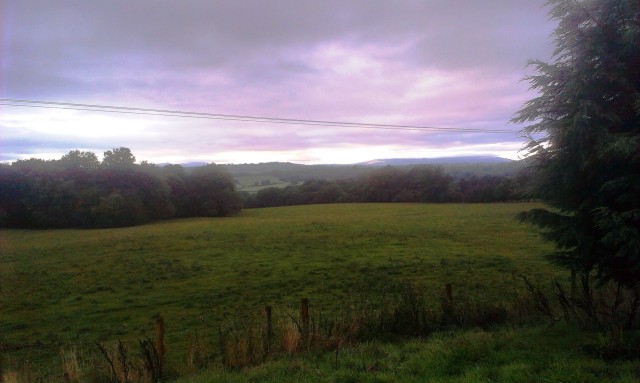 And it would have been a good day for the float rod …. BUT, due to that forecast, I’d been expecting to be sitting under my shelter most of the day and so I only took my leger rods and had taken the float rod out. And so it was two rods on the alarms for the day, fishing 8lb line with 1/3oz leads on each – and one baited with worm and maggot on a size 12 hook and the other with various baits over the day on a size 6 – meat, prawn, and sweetcorn all tried.

Anyway, plenty of fish landed although nothing of note – and, in fact, most were in the ‘tiny’ category – ‘tiny’ being defined as 1oz or less, ‘small’ as 1oz-4oz) – a summary follows later.

Sweetcorn failed to get a single nibble, meat resulted in many knocks/nudges and was being nibbled away by the smaller fish in general, prawn resulted in some really good screaming takes … and worm and maggot by far took the most fish. 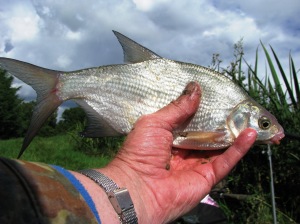 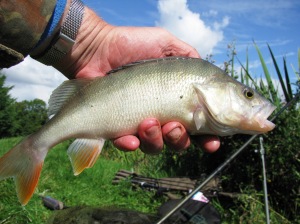 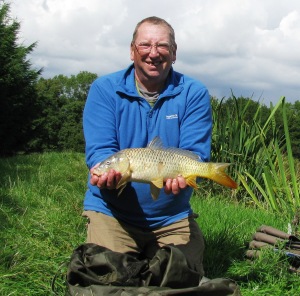