Tuesday, 3rd February 2015, and I eventually set out on the second of my 2015 sessions at 0830 heading to the usual pool for a spot of pike fishing after an absence from the water’s side of over a month.

The long absence was due in equal part probably to the bad weather (cold/windy/wet) and the need to sort out re-decoration of the kitchen. But now the wallpaper is up, and the weather has improved slightly… and the ‘need to fish’ was resolved by playing ‘Rapala Fishing Frenzy’ in the Nintendo Wii on occasion 🙂

Now hoping to return more frequently to the water side again now albeit next trip out is unlikely to until next Tuesday (10th) due to a doctor’s appointment on Friday, my usual second fishing day of the week.

I set off from home at just after 0830, arriving at the pool at around 0900 …. and as I left the house the car’s thermo registered -1.5C but had risen to 2C by arrival at the pool … and the rapid temp changes occurred all throughout the day (see ‘Temps’ at the end) with a recorded temp of 20C made at noon albeit with the thermometer stood in direct sunlight.

On arrival I found that someone had beaten me to the water with a car already parked up, so before unloading I had a quick walk across to the water to see what it looked like… and discovered that it was 99% frozen over with only the near corner (actually a small ‘V’ shaped bay) clear’ish of ice … an area covered by 3 pegs with one at the bottom of the ‘V’ and the other two at each of the legs of the ‘V’. The already installed angler had set up on one of the leg swims and I elected to fish the other leg as the bay, as I said, is small and so as to give space between us.  Actually my swim wasn’t ice free completely but the ice that there was was extremely thin and a bait/lead could break through the surface OK. So anyway, off I went back to the car to get the tackle, returned and set up. 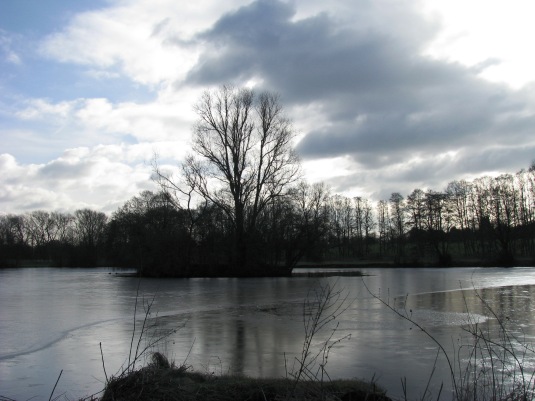 I used my usual tackle arrangement – 2 rods, one legering with a popped-up sardine and the other floatfishing a smelt.

And so I fished from around 1000 until 1430 when I decided enough was enough with temperature starting to dip sharply and not having had a single touch all day.

The other angler was fishing for silvers/carp but appeared not to be catching when legering with rod and line but started catching when he changed to pole and had at least a couple of bream of around 1.5-2.0lb plus a few couple of ounce type silvers. And another appeared at around 1230 with pike rods in hand but walked further up the bank past the angler but turned around and left when he saw the rest of the pool was frozen over.

I also cast out the underwater camera but water was so murky that no meaningful video was captured – just a murky haze that movement of small stuff darting to-and-fro can be seen but not sure if its fry or small water critters as no shape can be discerned, just fuzzy ‘blobs’.. 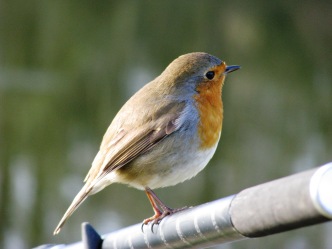