Sunday 23rd November saw me back at the pike pool again with the usual result – a blank! 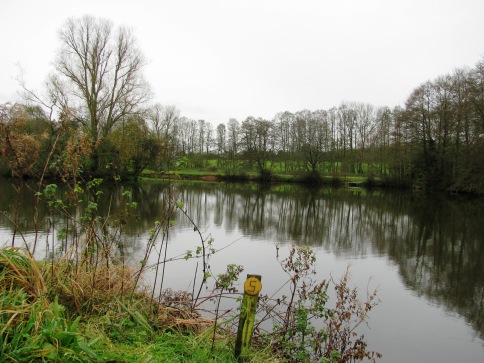 I fished from just turned 0900 until 1400 starting with the usual popped up herring/sardine and floatfished ‘sprat tree’ but unlike the previous couple of sessions I did have a bit of adrenaline coursing through my veins at around 1300 after a bait change earlier on the float rod from the sprats to a single smelt and then a depth change from the 4ft setting I’d been using (water sloped down from 4ft at the bank side to around 11ft further out) to around 6ft. First cast after changing depth and the float after a minute or two started bobbing about, however this happened for about 30 seconds and then stopped… and then when re-casted it happened again… and again… and again … and I decided to strike on the next cast, did so, … and nothing – but whatever was out there had decided the smelt was too dodgy now and no more bobbing occurred. Talking to Liz at home later we decided it was most likely a chub sucking the guts of the smelt’s slightly burst stomach… she had had a similar experience a few weeks earlier and then eventually connected with a chub. Also a few other chub have been taken on deadbaits intended for pike from bankside conversations.

Also – I’d one of my other thermometers out with me – and it worked perfectly – and so there are temps to report :) 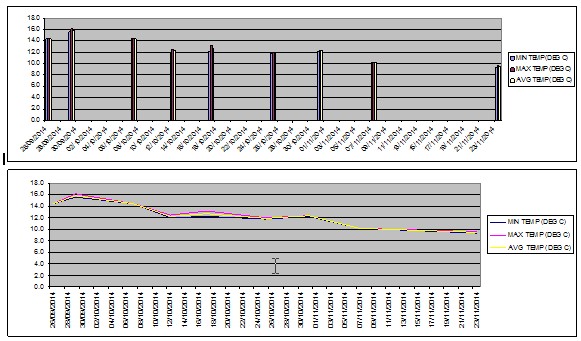