Sunday 29th December 2013, and I was off on my last trip of 2013 heading out to a club pool (GH)  in search of the still so far still elusive pike of winter 2013. Overnight there had been a hard frost and temps for the day were only forecast to rise to around 3-4 degrees.

Anyway, I arrived at the pool around 0815 to fish in my usual area and set up the lure rod for a bit of pre-session testing of the immediate area. But after 20 minutes or so, I’d not had any luck so I set up my bait rods to fish as intended.

Two rods – one was a half-mackerel on a standard snap tackle fished on the bottom of the 11′ deep water with a float set slightly overdepth as the indication, the other rod was fished with a sprat on a single/double hook arrangement and suspended on a float to drift around the area – over the course of the day the depth of this rod was set at various points between 1/3rd and 2/3rd depth.

I fished until 1430 without a single indication of any pike interest whatsoever before calling it a day and packing up the gear and heading home.

There were quite a few at the pool – far busier than I’d have thought given the overnight temperatures and forecast cold weather for the day. At least one other person was pike fishing and had one jack pike on livebait(?). And three people in view of me were carp/silver fishing on pole and running lines and doing so with some measure of success. Not sure what the other people were fishing for though or their catches.

Oh well…. the New Year is only a couple of days away now so hopefully that will ring some changes in luck for me although my first New Year session may well be on the canal with the quivertip rod in search of perch and chub… although possibly the lure rod may come into use depending on which canal and where I go.

Must also renew my Wolverhampton DAA card over the next few days.
Not bothering with a Birmingham AA card until at least June – and if I get ‘called up’ from the club that I’m on the waiting list of then I won’t be renewing it at all as my needs will all be covered by that, the WDAA card and my current club’s waters.

Pics of the day: 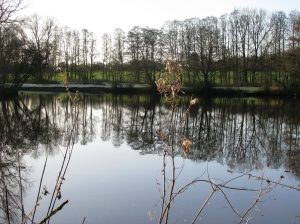 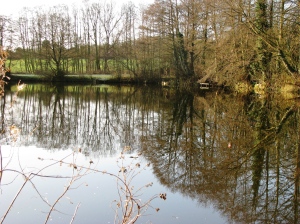