Session 17 – Fishing With Liz On Another Breezy Day – Preceded By A Day At An Angling Show….

We brought a fair bit of stuff home although not a landing net as I struggle to lift even a 36″ these days… but amongst other stuff I bought 2 Shakespeare 40FS reels for £10 each (usually £20 each) .:)

Liz bought an Angling Times ‘goodie bag’ and programme at the entrance for £2 – included in the bag this week’s Angling Times and this month’s (released a few days ago) ‘Improve Your Coarse Fishing’ PLUS the previous editions of both – so as IYCF costs £3.80 on its own – and the bag also contained several tackle items too – that was good value.

I also bought a signed copy of Jeremy Wade’s new book – to be actually released next week (and his new TV series on Animal Planet entitled ‘Dark Waters’ starts on the 28th April) – entitled ‘How To Think Like A Fish’… and its a BRILL book … I read 2 chapters in bed last night and had to force myself to put it down as I had to get up early for fishing this morning… so probably be awake reading the rest of it all tonight! Last book, well series of books actually, that had that effect on me was David Eddings’ Belgariad series ..

We went to the talks by Dr Paul Garner (lure fishing), Jeremy Wade (his series – the planning of and happenings in filming), and Des Taylor (bit Judith Chalmers holiday travelogue’ish TBH)….

It was a great day out and we’re and hoping to return next year now…. 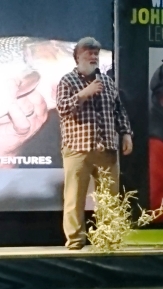 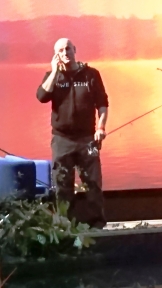 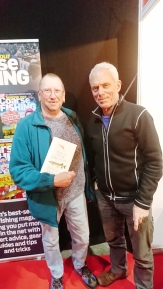 Monday, April 15th, Liz and set off for a session on a club water over in Shropshire, leaving the house at 0730 and arriving a little after 0800 we parked up by the pool we intended to fish (KF-WL1) – actually more a large pond than pool in size the club allows day ticket fishing on it. Small but good fishing with good sized roach, rudd, perch and carp to double figures as well as ide and smaller species. As a fair, and very cool, breeze was blowing we decided to walk around the pool to check it out before unloading the tackle – as I say only a small pool and 10 minutes later we’d circumnavigated the banks and were back at the car and we decided that we might be better off on the larger, and possibly more sheltered, member’s only pool (KF-WL2) lying only a hundred yards up the track. So back into the car and after a drive up to far end of that pool we found a nice and sheltered area/bay section and decided to try there. 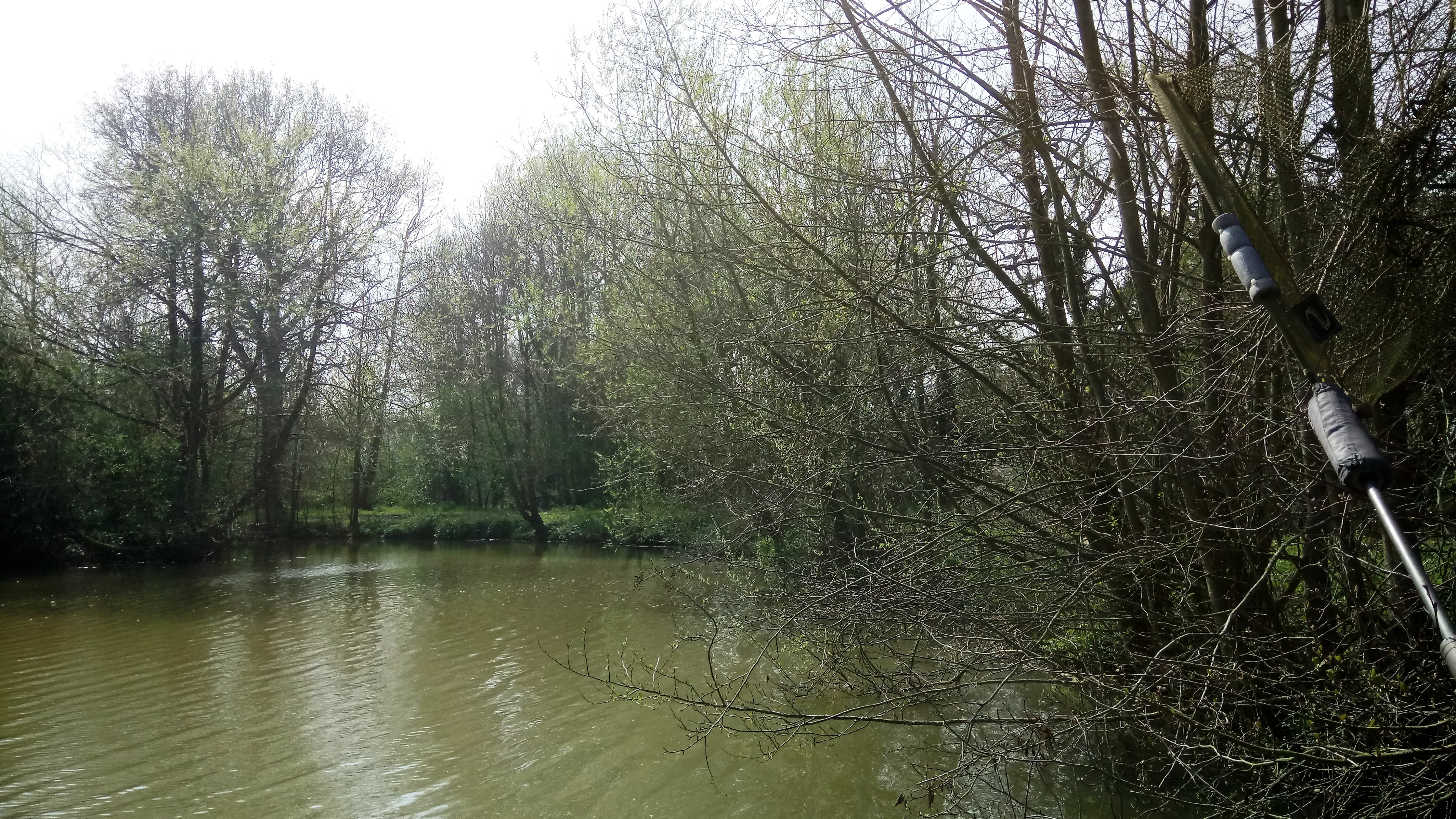 Liz fished one rod, using ledgered frame feeder with maggot, halibut pellet and sweetcorn baits cast out to the island on the left hand side of the photo. She was first into action with a small perch on maggot within 30 minutes of the start but that was not only the only fish she had but also the only bite of her day. To me, anyway, that should have been the perfect spot but ….

Myself, I fished on the float, laying-on, with maggot, worm, sweetcorn and small pieces of macaroni cheese on a size 14 hook. I started the day fishing just off the overhanging growth on the right of the photo but also fed out to my left side along other overhanging bushes. The right hand swim was very quiet – producing one tiny rudd plus one other bite, which I missed, on mac cheese – and when I say tiny, I mean tiny to the point that ten of that size wouldn’t counter the weight of a single swan shot (1.6g) on an old dual pan balance! At the end of the day I’d accumulated around 7-8 of these tiny rudd, a couple of rudd of around an ounce or so, a couple of sub-ounce perch – and one decent fish, a perch of 15oz…

Next trip planned for Thursday 18th – another club pool, or rather another two pool club venue. One pool is carp and chub only, the other a mixed species pool. I intend to fish the latter but may fish the former, which in 7 years of membership I’ve probably only fished 5 or 6 times, depending on conditions which are forecast to be warmer but still quite breezy.

3 responses to “Session 17 – Fishing With Liz On Another Breezy Day – Preceded By A Day At An Angling Show….”