Friday 7th February 2014 and today it’s a session back on the pool in search of those elusive pike.

Today I am accompanied by Liz, my better half, in this mission. Our intention for the day being to have a few hours baitfishing with an hour’s lure fishing to end the day.

Weather the previous day had been quite cold and very wet and breezy and on arising from bed on the morning at 0600 there had not been much difference – still a steady drizzle falling. However, this was in line with the BBC forecast which had also said that from about 0900 the rain would have ceased and it would be dry with sunshine. Again, they got it right again.

On arrival at the pool we elected to fish 2 swims (9 and 10) on a stretch of bank neither of us had fished before – checking depth it seemed it quickly fell away at the bank down to a constant 11’ of water in front of us.

We tackled up our rods (2 each) with 18lb mono, 18” 25lb wire traces with the standard double treble hooks arrangement and floats set slightly overdepth. Liz baited her rods with mackerel halves – fishing the tail section at 30 yards out, and the head close to cover of overhanging bushes close to the bank. I did similar but used herring halves.

First casts were made around 0945 and the bait session ended at 1200, neither of us having had a touch.

During the course of session, the ‘long’ range baits were drifting nicely and at 15 minute interval further action was added by twitching the bait about a yard or so  in order to entice any interested pike in the area to take further action… but to no avail. 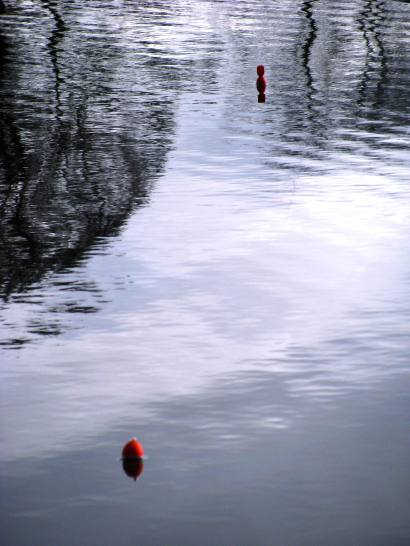 As I said, we fished like this until 1200 when we decided to tackle down the ‘big’ rods and set up our lure rods for a session.

As the water was fairly coloured due to the actions of the rain of the previous few days we selected lures on the brighter side – Liz used a 13cm ‘Gold and Orange’ Savage Gear Soft 4Play, and I used a 19cm ‘Fire Tiger’ version of the same. Anyway, we wandered the banks for about an hour but had no joy in enticing any interest at all and decided to head to the local ‘Belly Buster’ café for some coffee and butties.

Water temp was at 5.2C all session, air temps were around 7-8C in the shade but in the sunshine they reached 13-14C at times.

Well, firstly we had a problem with Liz’s spinning reel – horrible crunching noises as the gears slipped and ground against each other. And then, as tackling down and packing the gear on to the wheelbarrow for transport to the car, I’d stood the rod holdalls and still made up landing nets against a gate – and one of the holdalls slipped and slid along the gate, caught my landing net and both fell to the ground, causing my newly acquired, 3.8 metre, ‘Middy Carp Bagging Machine’ landing net pole to break just below the screw thread for the net.

Back home I’ve since managed to effect a repair to the landing net pole by cutting out the damaged top end of the pole (only about 2” lost), and as that section is parallel I’ve managed to push and glue the metal screw fitting ferrule for the net back on so, apart from the loss of the 2” cut out, all is back to normal.

Liz’s reel though is a different story. After replacing the gears with parts from an identical reel that had suffered damage to its reel seating previously I discovered that the actual root problem was due the reel casing having cracked around the screws that hold the two sides together and thus allow the gears to pull apart slightly when the reel is under pressure and this in turn wears the teeth down… I think I need to set up a replacement reel really.

Probably a canal chub/perch trip on Tuesday of next week.

PICS OF THE DAY: 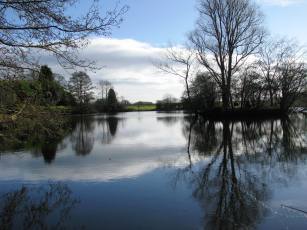 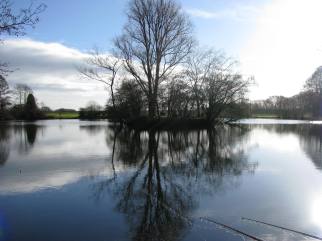